Melbourne folk-pop duo Pierce Brothers have released their latest single Back End Roads, the first taste of new music that will be featured on their upcoming full-length debut album, Atlas Shoulders. The album is set for release on October 26 and is now available for pre-order HERE. Fans who pre-order the album will receive a special limited edition 7” vinyl single featuring Back End Roads as well as album track Juno.

Featuring drums reminiscent of Fleetwood Mac’s Dreams and a chorus embedded in the Australian folk realm, Back End Roads is destined to be an instant live set fan favourite.Talking about the single the brothers reminisced, “We wrote it about our favorite place on earth, Wilson’s Prom, and how it was when we grew up there. It’s a summer vibe tune plain and simple. About getting away from the grind and a throwback to the more mellow  summer anthems that dominated our youth.”

Over the last year whilst touring Australia, Europe, South Africa and America, the brothers created what would become their first full length album, Atlas Shoulders. The album brings together the stories of experiences and influences they’ve had on the road, while also dealing with prevalent social issues such as anxiety and depression. Having established themselves as a figurehead of the folk, blues & roots community here in Australian and abroad, the band have toured relentlessly – honing their craft and gaining fans across the globe as they go. The band’s music has grown with them over the years and has seen them release two Top 10 ARIA EPs (The Records Were Ours and Into The Dirt), receive over 7 million global streams (1.7 million in Australia since Jan 2015), as well as over half a million YouTube views.

This is an 18+ event.* Over 18’s only unless advertised otherwise. * Photo ID is essential,­ acceptable ID is a current and valid Australian Photo Drivers Licence or Passport. Please check with the venue for any other acceptable forms of photo ID * All children under 18 not permitted including small children and babies * Intoxicated persons will not be admitted * No thongs or steel cap boots * The venue reserves the right to refuse admission to any person * Dangerous behaviour including Crowd Surfing, Stage Diving, Moshing and Violent Dancing is not allowed and will result in your immediate removal from this venue.*Inappropriate behaviour at this venue will lead to your banning.*

PLEASE NOTE:  Tickets to all shows at the Grand Hotel Mornington can only be purchased via our website (through Oztix), on the Oztix website or directly from the venue.  The Hotel does not sell or promote tickets to live shows on Viagogo or any other website or agency. 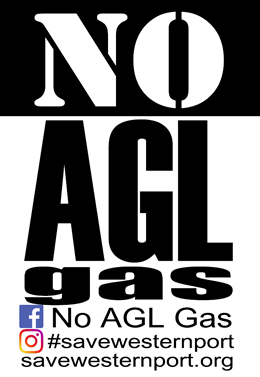