JON STEVENS - Live at The Grand

Jon Stevens is recognised as one of the most talented rock musicians to emerge from Australia in recent memory. He has had phenomenal success as a solo artist, knocking Michael Jackson off the top of the charts in Australia, and as the lead singer of major rock acts, Noiseworks, INXS after the death of his friend Michael Hutchence, and the Dead Daisies. In 2016 he joined forces with legendary musician, songwriter and producer Dave Stewart (of Eurythmics) to record a new album, Starlight.

With his mojo fully intact, Stevens stands virtually alone in the music scene, with a raw vocal power that won him attention first as a teenager and now as a veteran singer and songwriter. Time has toughened his delivery while tapping into his emotional wellsprings more than ever before.

He’s got the pedigree: a record-smashing debut at age 16 with two consecutive No. 1 singles in his New Zealand homeland. He also enjoyed huge hits in Australia as lead singer with Noiseworks. Stevens 21st-century liftoff to worldwide acclaim was at centre stage with INXS, and a song released by Dead Daisies, whose debut single, Lock and Load, which he co-wrote and produced with the legendary Slash on guitar.

Jon Steven’s new album Starlight bursts with a soulful artistry and honesty that’s rare and boarderd on extiction today.  The title track has an unforgettable hook and is an instant classic. Vivid lyrics fuel his performance on “Feel like letting go”, “Scars” and “Devil in my heart”. A playful flirtation is set to a steamy soul beat on “something ’bout you”. The first single “Hold on” is classic powerhouse Jon Stevens.

The lonely ballad “One way street” features Ringo Starr drums.  “People” is a life-affirming sing-along anthem, extending hope to the hopeless with a reminder to not “be afraid of the shadows in the night.  You’re gonna wake up in the morning light”.

All of the songs are co-written with Dave Stewart, co-founder of the Grammy-winning duo Eurythmics, who also produced the album as well as played guitar.

Different as they are, each track on Starlight overflows with feeling, with candor, with an exuberance that comes from being plugged into life.  Everything Stevens has survived, learned from, mastered and made leads to this album.

This is an 18+ event.* Over 18’s only unless advertised otherwise. * Photo ID is essential,­ acceptable ID is a current and valid Australian Photo Drivers Licence or Passport. Please check with the venue for any other acceptable forms of photo ID * All children under 18 not permitted including small children and babies * Intoxicated persons will not be admitted * No thongs or steel cap boots * The venue reserves the right to refuse admission to any person * Dangerous behaviour including Crowd Surfing, Stage Diving, Moshing and Violent Dancing is not allowed and will result in your immediate removal from this venue.*Inappropriate behaviour at this venue will lead to your banning.* 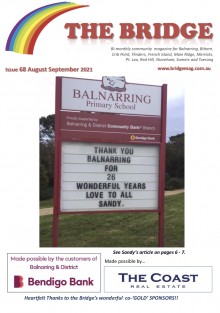